"We are still pioneers."

Interstellar is Christopher Nolan's ninth film, released in limited theaters on November 5, 2014 and around the globe on November 7th. It is written by Nolan and his brother Jonathan, based on a treatment by Kip Thorne. The film was produced by Nolan, his wife Emma Thomas, and Lynda Obst.

Interstellar is set in the future, when corn is the last crop to be cultivated on Earth. It tells the story of a small group of people, in the future, who are the remains of the shut-down NASA space program. They discover a wormhole and use it to gain access to another dimension in space and time, in order to find somewhere else for crops to be grown. 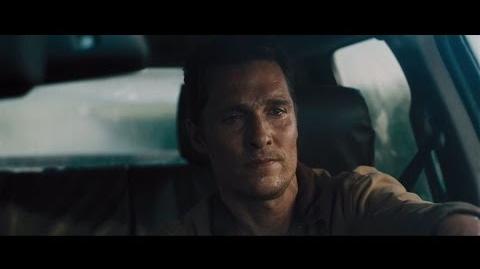 Interstellar Movie - Official Trailer 3
Add a photo to this gallery

Retrieved from "https://chrisnolan.fandom.com/wiki/Interstellar?oldid=7934"
Community content is available under CC-BY-SA unless otherwise noted.